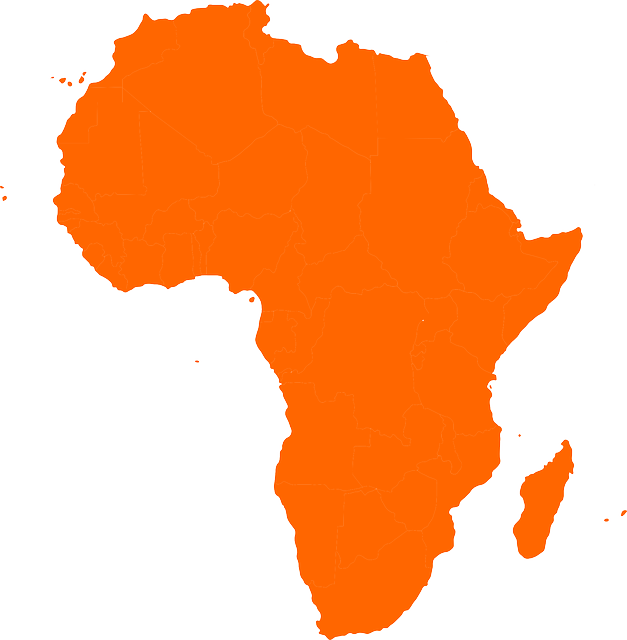 Africa is the world’s second-largest continent (after Asia), covering roughly one-fifth of the planet’s total land area. The Atlantic Ocean borders the continent on the west, the Mediterranean Sea on the north, the Red Sea and the Indian Ocean on the east, and the mingling waters of the Atlantic and Indian seas on the south.

For some times, Africa has been referred to as a peninsula  due to its connection to the Arabia through the Suez Canal. This labeling of the African continent as a peninsula stand against the English meaning of the word peninsula. In this post, we are going to discover more about Africa in relations to the word ‘peninsula.’

What is a peninsula?

A peninsula is a piece of land that is surrounded by an ocean on its three sides and a mainland at one of its ends. The water body surrounding a peninsula is said to be continuous although at times it may not be an official body of water.

Examples of Peninsulas are the Horn of Africa, the Iberian Peninsula, the Arabian (largest peninsula on earth), the Sinai Peninsula in Egypt, etc.

Why was the old Africa considered a peninsula?

The terms peninsulas, Islands, etc. are often used arbitrarily. By definition, a Peninsula is a land surrounded by water on its major sides but connected by the mainland on one end.

Africa was considered a peninsula because of the connection between Egypt and Arabia through the Suez Canal.

Is Africa truly a peninsula in the modern-day?

The only reason Africa was considered a peninsula in the past is because of the link created by the Suez Canal. Africa can be all things but not a Peninsula – calling it a man-made island is better.

Peninsulas such as the Horn of Africa, Sinai Peninsula do exist in Africa. In all, Africa is a continent just like North America and Europe, and it is not a Peninsula.

What countries in Africa are considered peninsula and why?

The Horn of Africa, Somali

Other peninsulas in Africa include:

The largest peninsula in Africa

The Horn of Africa, Somali

The Horn of Africa lies south of the red sea and extends several kilometers off the Gulf of Aden, Indian Ocean, Gourdful Channel. The Horn of Africa covers a total land area of 1.8 million km2 with a total population of about 140m people as of 2020.

Can South Africa be considered a peninsula?

Cape Peninsula is a peninsula that lies at the extreme west of the African continent. The peninsula is about 52 km in length with Cape Point at its southern end and the Cape of Good Hope at its northern end.

South Africa is a country located in the Southern part of Africa sharing a coastline with the South Atlantic Ocean and the Indian Ocean.

In all, since a one-sided stretch of coastline is not a determining factor for characterizing a land area as a peninsula, we can conclude that South Africa is not a peninsula and cannot be ever considered a peninsula.