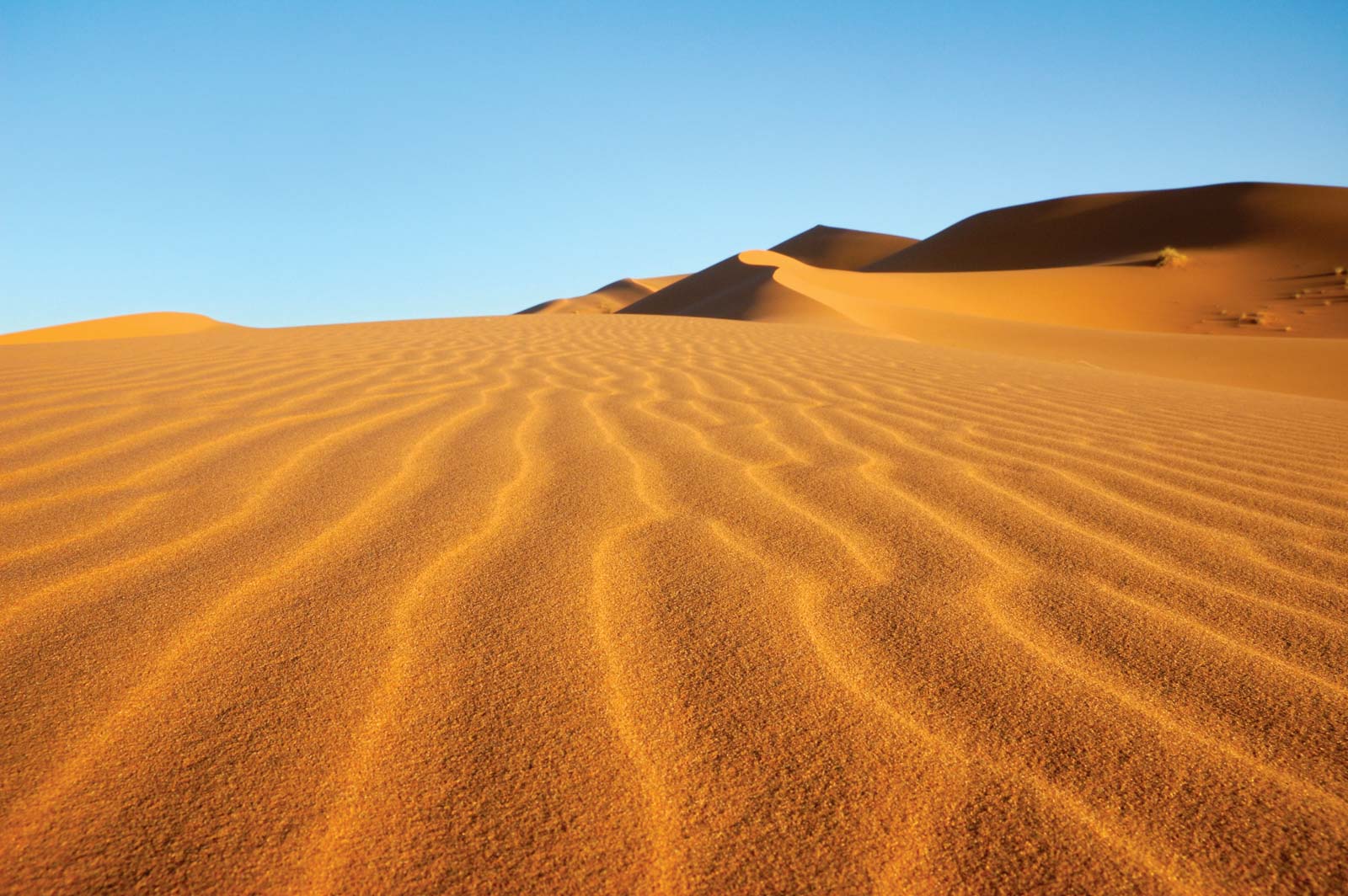 Desertification is the process whereby the productivity of drylands is reduced by either natural or human causes. Desertification may be a consequence of deforestation, climate change, overgrazing, poverty, and other factors.

Desertification does not refer to the expansion of present desert conditions, rather it refers to all the factors that threaten the general ecosystem of drylands.

Contents hide
1 Understanding the concept of African desertification
2 Is Africa turning into a desert?
3 The largest deserts in Africa
3.1 Sahara Desert
3.2 Kalahari Desert
3.3 Karoo Desert
4 How much of Africa is a desert?
5 Why Africa cannot be ENTIRELY considered a desert
6 Are southern African countries a desert?
7 Is West Africa a desert?
8 Is sub–Saharan Africa a desert?
9 Is North Africa a desert?
9.1 Author Profile
9.1.1 Latest entries
9.2 Related

Understanding the concept of African desertification 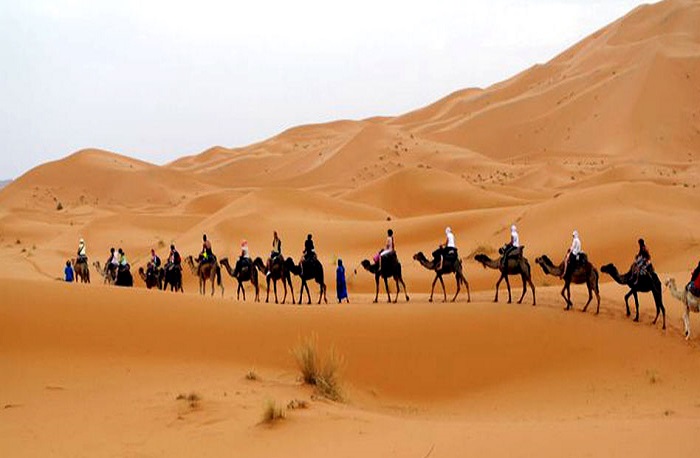 Africa as a continent is most affected by the scourge of desertification, the most remarkable landmark to the south is the Sahara Desert. Desertification has a profound effect on the general socio-economic wellbeing of people, for example, the majority of countries located south of the Sahara Desert are amongst the world’s poorest countries, due to periodic droughts that reduce agricultural input.

Africa sits on both sides of the equator, with about equal lengths to the south and north. Because of the equator’s separation of Africa into nearly two equal portions (lengthwise), the climatic and physical conditions in the north repeat themselves in the south. The Kalahari Desert can be likened to the south’s Sahara; the Karoo is similar to the Maghreb; and the Cape region’s characteristics are nearly equivalent to that of the Mediterranean area.

Deserts in Africa such as the Sahara Desert, Karoo Desert, Kalahari, and the grassland of East Africa span an area of about 20million km2 covering more than 67 % of the continent’s total landmass.

Is Africa turning into a desert?

Desert encroachment has increasingly become an issue of concern to many Africans with some believing that the Sahara Desert is gradually expanding, however, research carried out has found this to be false. Although a substantial part of Africa is suffering from desertification, it is not caused by the expansion of the Sahara Desert or any other desert.

Some parts of Africa are turning into desert areas mainly because of the effects of climate change, overpopulation, droughts, over farming, overgrazing, and other natural and man-made causes. For example, the Northeast region of Nigeria in Western Africa has been experiencing rapid desertification in the past years.

Notably, the Sahel region located between the Sahara desert and the Sudanian Savannah has been experiencing rapid loss of arable land to desertification due to drought and erosion. According to the Borgen project, 46% of Africa is threatened by the scourge of desertification.

Also, according to the Borgen Project, the country most affected by desertification in Africa is Senegal although ambitious projects like the Great Green Wall may reduce this drastically.

The largest deserts in Africa

The Sahara Desert is the largest in Africa covering a total landmass of about 9.2 million km2. It is the hottest desert in the world with a temperature reading as high as 50 °C (122° F).

The Karoo desert is the third largest desert in Africa, it is located in Southern Africa with low rainfall of fewer than 10 inches annually.

How much of Africa is a desert?

Deserts in Africa such as the Sahara Desert, Kalahari, and the grassland of East Africa span an area of about 20million km2, covering more than 67 % of the continent’s total landmass.

Desert-like conditions are prominent at the fringes of the African continent, although local variations do exist across major countries, most of the continent is desert-like. In contrast to other parts of Africa however, the central parts of Africa are wetter with rainforests, grasslands, and semi-arid climates.

Why Africa cannot be ENTIRELY considered a desert

Although more than 67% of Africa is covered by deserts, some of these deserts are semi-arid and some like the Karoo desert in Southern Africa support a wide variety of Fauna and Flora.

Africa also has a vast number of arable lands. West African countries for instance, general have a tropical forest with thick vegetation that supports the growth of plants and trees like Cocoa, rubber, yams…all of which require a lot of water to survive.

The central parts of Africa are wetter with tropical rainforest, grasslands, and semi-arid climates as the most prominent macro climatic condition. Although general climatic conditions in Africa are desertlike especially at the fringes, local variations do exist, and therefore, Africa cannot be entirely considered a desert.

Are southern African countries a desert?

The two recognized and important deserts in the Southern Africa sub-region are the Kalahari and the Namib Desert. The Namib desert is situated along the west coast of Namibia. It stretches from the Atlantic Ocean covering a large part of Namibia, part of Angola, and South Africa.

South Africa for example has a wetter climate than most of Africa, and experience rainfall condition that is half of the global rainfall average. The climate of South Africa is moderated majorly by the three waterfronts surrounding it.

Countries in southern Africa have some of the most diverse climates on earth and cannot be micro zoned as a desert climate or desert countries. The climatic condition in Southern Africa varies from hot deserts, humid highlands, Mediterranean climate, and tropical rainforests.

Is West Africa a desert?

The West African sub-region may be divided into several physiographical regions; however, the northern part of the subregion is said to be semi-arid. Senegal and the Niger Republic have over the years suffered most from the effects of desertification. Desertification in West Africa can be in form of dessert spread or self-induced desertification.

However, despite the threats of desertification, West Africa still boasts of a large amount of forest cover and tropical rainforest climate in some of its countries like Nigeria (Southern Nigeria), Benin, Ghana, and Cameroon. West Africa is also a major agricultural zone in the continent and therefore cannot be entirely considered as a desert.

Is sub–Saharan Africa a desert?

Sub-Saharan African suffers from the scourge of desertification because the Saharan covers more than half of its total landmass. According to FAO and UNEP, 80% of arable in Kenya, and 70% in Ethiopia are threatened by desertification. Despite these facts, there are many countries in sub-Saharan Africa with large amounts of forest cover. Agriculture is a very important source of livelihoods in most of sub-Saharan Africa due to the favorable climatic conditions.

In all, sub-Saharan Africa is not a desert, even though many countries in the subregion like Ethiopia, Sudan, Niger, Nigeria, Senegal, etc., are suffering from the threats of drought and desertification.

Is North Africa a desert?

The northern part of Africa is amongst the earth’s most dry regions. With its status as the home to the Sahara desert, many places in North Africa receive fewer than 15 inches of rain annually.

According to the Food and Agriculture Organization (FAO), 94% of the total land in Northern Africa is covered by desert, or threatened by desertification, earning the subregion a spot as the number 1 subregion with the lowest forest cover level in the world.