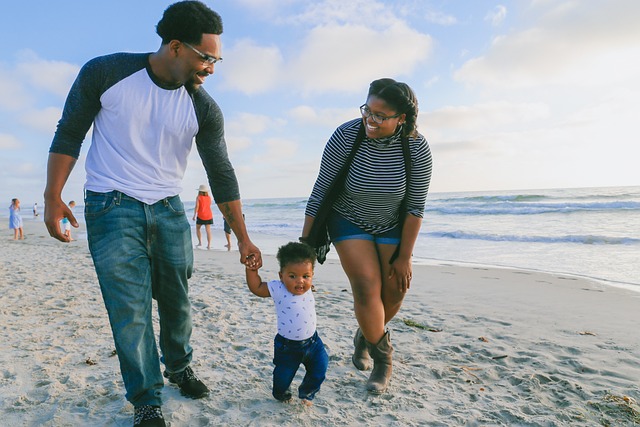 The family is crucial to a child’s upbringing because it may be the single factor that will have the biggest impact on their development. All societies are built around groupings of individuals that we commonly refer to as “the family,” because children need adults for a very long time.

Children, on the other hand, have sometimes had to live in familiar places that aren’t always the best because of changes in family structures over the past few years. This is what we’ll look at in this piece.

The traditional family structure in Nigeria is the nuclear family. This kind of family consists of two parents and kids. Society has always valued the nuclear family as the best setting in which to raise children. The two-parent structure of nuclear families gives them strength and stability, and they typically have greater chances because two individuals can make more money.

In reality, a nuclear family is one in which both parents live together and raise their children, whether they were born into the family or were adopted.

Most of the time, there is financial stability in the family since both parents reside in nuclear families. It is likely that both parents will have jobs and make a living. In general, this raises the family’s standard of living. The children are typically raised in a typical and consistent parenting style, which is another benefit of the nuclear family. Both of their parents devote equal amounts of time and devotion to raising them.

One parent and one or more kids make up this kind of family. This kind of family can occur from a child being born out of wedlock, a parent passing away, a divorce, or when a couple is split up and living apart. In a household with only one parent, friends, family, and other relatives assist the parent in raising the children. This safety net can help care for the kid when the parent has to go to work.

Due to the fact that there is only one parent in a single-parent family, that parent usually carries the majority of the financial burden. The family must therefore fight to survive on one salary.

It can be incredibly stressful to be a single parent and raise kids all by yourself. Growing up for children without one of their parents can be very challenging. As a result, the parents and children would always have to rely on one another for love and support, strengthening the family unit.

I have seen that the divorce rate in Nigeria is undoubtedly on the higher side. Those who divorce often make the decision to remarry. As a result, two different families come together to form a stepfamily, or blended family. It includes the children from prior marriages or relationships of the new husband, wife, or spouse.

Stepfamilies are about as prevalent as nuclear families, despite the fact that they frequently face particular difficulties such as adjustment periods and behavioral problems. For these family groupings to function well, stepfamilies must learn to cooperate with one another and with their ex-spouses.

One or both grandparents, a married couple, their kids, and other relatives, including aunts, uncles, and cousins, all reside under one roof like a normal extended family. If a child from a previous marriage or relationship lives with the spouse and the rest of the group, this is not an extended family.

A term called an “incomplete extended family” exists. A single parent with children, their grandmother, grandfather, or both, as well as other relatives, all reside together in this kind of extended family. As a result of the absence of both parents, this family is considered incomplete.

A typical extended family has difficulties, such as everyone present in the home would probably want to have an opinion on how to raise the children during the entire process of raising the youngsters in the family. The fact that there is a financial issue with the extended family is another drawback. It can be problematic if the parents are now financially supporting numerous adults and kids without getting any help from them. The issue of privacy is another. The majority of extended families that cohabitate lack privacy. Depending on the type of home they reside in, this may vary.

The elderly residents of the house could get extra care and consideration. This is a significant benefit of the larger family. Additionally, when the parents leave for work, those at home can assist them in caring for their children. Family members are always willing to pitch in with household duties and other tasks, especially in the event of an emergency.

The parents of this kind of family have split up following a problem in their union. They must continue to carry out their parental responsibilities despite their refusal to cohabitate. Separated parents share responsibilities, unlike single-parent families, when one parent is solely responsible for parenting the child, even though she is typically the one who lives with them.

The form of family in which the married couple decides they do not want to have children is known as a childless family. Additionally, the couple in this household could be infertile. A childless family is not seen as a full family in our Nigerian society since it does not fit the typical family type, which includes a father, a mother, and, of course, children.

There are many reasons why a family is classified as childless. The issue of infertility is one of these elements. It’s possible that one partner has fertility problems that make it difficult for the couple to have children. When one parent has a genetic illness that could be passed to their offspring if they decide to have a child, that family may also be referred to as being childless.

The majority of childless households are not burdened with obligations because they do not have dependent children.

The family can also spend a lot of money without worrying about having to support young children. Couples in this kind of family always have more free time, and they are free to travel wherever they choose, as long as they have the money to do so. Additionally, they have the chance to advance their education and career.

Sometimes a child is raised by his grandparents instead of his parents for a variety of reasons. This is a grandparent family when the grandparents are caring for their grandkids alone, without the assistance of the children’s parents.

For a number of reasons, many grandparents today are raising their grandchildren. One in fourteen children is raised by their grandparents without the involvement of their parents.

This could be a result of the parent’s passing, addiction, abandonment, or incapability as parents. Many grandparents are forced to return to the workforce or find other means of income in order to support their grandchildren.

I hope this article has been of benefit to you. Drop your comments for thoughts and questions.