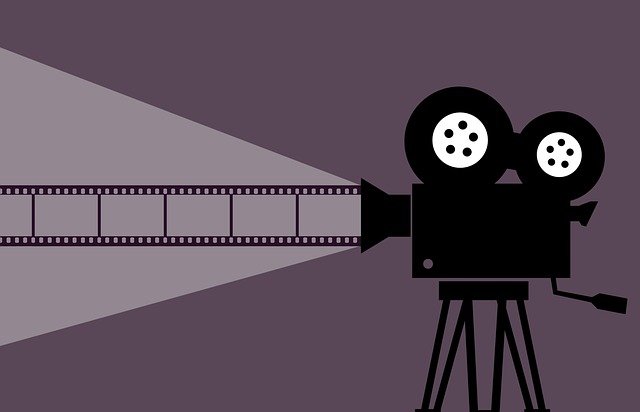 The film industry is a multibillion-dollar business that operates all over the world. We compiled a list of the world’s largest film industries by box office revenue and movie output. It’s important to note that these statistics do not include home video or television rights. We expect this figure to climb as technology progresses and more people cut their cable TV cords.

While Hollywood is the world’s largest and most successful film business, there are other significant film companies that can compete with it and produce enough captivating pictures each year.

Some of the world’s best production companies, performers, and directors are based in these nations. They also contain some interesting facts about their work that you might be surprised to learn about.

In the United States and Canada, two-thirds of the population went to the movies at least once in 2016. Repeat customers, who accounted for 48 percent of all tickets sold, may have contributed to the revenue increase in 2017 which stood at about 10 billion dollars in income.

Hollywood movies are a popular form of entertainment. They have been around for more than 100 years and have a long history of success.

In the past, Hollywood movies were made by directors and actors. Nowadays, however, they are often made by screenwriters who write the scripts for the movie. These screenwriters are usually hired by production companies or studios to work on specific projects.

Hollywood movies have the power to change the world. They can inspire people to take action, they can change how we view society, and they can show us what is possible.

China’s film industry is the world’s second-largest, with more than $6.6 billion in film production in 2016, second only to Hollywood. Over the previous decade, China’s film industry has grown at a 35 percent annual pace, with 3.7 percent growth in 2016 compared to 48 percent in 2015.

China was Hollywood’s most profitable country in terms of global box office in 2016, pulling in $4.6 billion (41.7 percent). In under two years, China erected 1,612 movie theaters.

With an average ticket price of $12, China’s total box office income was $74.83 billion dollars. This contributes to 16 percent of the worldwide movie industry’s market share and has a lot to do with their large population, which makes up around one-fifth (21%) of the whole world’s population!

In 2016, the British film industry generated a $6.5 billion profit after spending $2.0 billion on film production. The government is giving the film sector a significant boost by providing tax breaks for it.

In the United Kingdom, Pinewood Studios is a well-known film studio. With a 0.04 percent increase over the previous year’s figures, the British film industry showed indications of progress in 2016. In 2015, the United Kingdom produced $16 million (0.18 percent) in film revenue, which climbed by 13% to $17 million in 2016. 0.019 percent

France is regarded as one of the cradles of contemporary film. The prestige associated with prominent award ceremonies such as the Cannes Film Festival, as well as well-known directors and actors, is growing throughout the globe. The film industry dominates the French audiovisual and media sectors, which is unsurprising.

The French have been vocal in their support for the seventh art. Far from being a niche pastime, the cinema is an integral component of many French people’s everyday lives.

Men accounted for 52.4 percent of moviegoers in 2020, with a quarter of them being 60 or older. Saturdays and Sundays were the most popular days to go to the movies, as weekends are perfect for spending time with family and friends.

Cinema attendance has increased modestly over the previous 10 years, as have box office receipts. The number of cinema screens in France demonstrates the popularity of this popular leisure activity, despite a rise in the average ticket price. Revenues have climbed gradually as well, from 1 billion euros in 2001 to over 1.4 billion euros in 2020.

“Titanic” is still the uncontested king of the French box office, closely followed by “Bienvenue chez les Ch’tis,” the most successful French film of all time, which was released in 2008. In 2019, the two most popular movies in France were Disney’s “The Lion King” and Marvel’s “Avengers: Endgame.” This shows that the French like big, action-packed movies with big budgets.

Nollywood is Nigeria’s film industry, which produces over 2,500 films each year and is the world’s second-biggest in terms of output. This figure outnumbers Hollywood and is only surpassed in India by Bollywood. After seeing a rush of filmmaking activity in Lagos, Nigeria, Norimitsu Onishi, a New York Times writer, helped coin the phrase “Nollywood” in 2002.

While Nollywood may not make as much money as Hollywood or Bollywood on an annual basis, it is known for producing enormous amounts of content under far more challenging circumstances.

Early Nollywood films have a quality that is reminiscent of home video production. On the other hand, the Nigerian film industry has lately improved. Nollywood, best known for comedies and dramas, is expanding into new genres such as horror, period dramas, musicals, and cartoons, with industry-standard picture and sound quality.

South Korea aspires to be the largest exporter and importer of entertainment and media in the world. The Korean wave (Hallyu) is now a worldwide phenomenon that can be found in everything from Korean TV episodes and films available on streaming sites to pop singers’ videos and games. Entertainment and media are important parts of the Korean government’s plan to grow the country’s economy in the years to come.

Because of its abundant ICT infrastructure, such as high-speed mobile connectivity and diversified purchasing power in the entertainment sector, South Korea has become an ideal testbed for new entertainment technologies and media. Virtual reality, for example, is used in everything from games to sports broadcasting, and many Hollywood movies are being shown in Seoul.

Korea’s film business has become one of the most active markets in the world thanks to the rise of movie-going culture. For the eighth year in a row, the total number of moviegoers in South Korea topped 226 million, breaching the 200 million barrier for the first time.

In 2019, South Korean consumers viewed an average of 4.37 films per capita, compared to 3.51 films per capita in the United States. This is one of the world’s highest figures.

In 2019, domestic films accounted for roughly 51% of all films exhibited in Korean theaters. Throughout the year, 502 Korean films were exhibited, while 1,238 international films were presented.

To safeguard the local film industry, the Korean government maintains a screen quota that mandates each of the country’s screens play domestic films for 73 days each year. Korea continues to import films from other nations despite the restricted number of cinemas available for them.

Hollywood films generate the majority of box office earnings in South Korea, accounting for more than 46% of the total. For the second year in a row, Hollywood produced six of the top 10 grossing pictures in Korea.

Japan’s film industry saw a contraction by 21% between 2007 and 2014, following the United Kingdom, due to the high yen’s value against foreign currencies, making it more expensive for foreigners to watch films there and making it less attractive than other markets such as South Korea or Thailand.

However, since 2012, government incentives have been implemented on domestic productions, with tax breaks for overseas producers. This has helped to enhance the local economy and make international studios more profitable; notable films that have had sequences shot there include Tom Cruise’s “The Last Samurai” (2003) and “Skyfall” (2012), as well as Disney’s animated smash “Frozen” (2013).

The Japanese film business earned about $2 billion in 2016. Due to poor economic growth and high film-making expenses, Japan used to be Asia’s leading film producer until 2012, when it was surpassed by China. In Japan, there were 3,472 movie screens, compared to more than 40,000 in China.

In the year before that, in 2016, Bollywood in India earned almost $1.9 billion. The majority of Indian films are created in Hindi or English, making them exportable. Bollywood is an Indian film industry that specializes in Hindi films.

India has far fewer movie theaters than other major film producers, despite its large population and long history of film production. In India, there is a screen-to-population ratio of 96,300 people, compared to 7,800 in the United States.

Between 2015 and 2018, the three largest European producing countries (the United Kingdom, Germany, and France) accounted for 54% of the total number of European high-end series seasons produced yearly.

Historically, the film business has been highly reliant on box office receipts. In 2018, gross box office receipts in Germany totaled $899 million. The film industry’s production model has clearly changed as a result of the COVID-19 pandemic restrictions: more filmmakers are now searching for video-on-demand (VOD) platforms as distribution partners.

This film industry has seen some growth over the years and this growth was aided by distribution/film sales agencies, theaters, and post-production in particular. According to a study of producers, Germany’s top ten production firms by turnover control around 53% of the film and television industry.