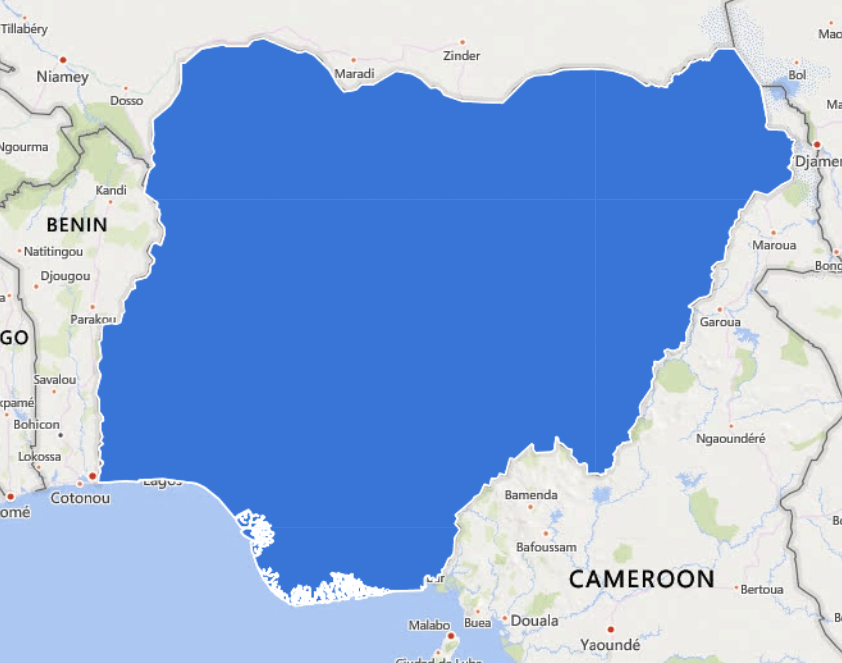 Countries bigger than Nigeria (from the bottom to top)

Tanzania has a plethora of wildlife animals and it is home to only of a handful of African presidents who are females.

12. Egypt: This country has a long history in the religious sphere of the world. With an area of 1,001,449 km2 (386,662 sq mi), Egypt is one of the bigger countries in Africa especially if you add the Sinai region which some believe is a part of Asia.

9. South Africa: Nigeria and South Africa had a strong relationship in the past and Nigeria contributed to greatly to the liberation of South Africa.

In 1976, Nigerians including civil servants and school children contributed over $10M to the South African Relief Fund. This money was also known as the Mandela Tax.

7. Angola: this is also an oil-producing country just like Nigeria. At 64milion metric tonnes, Angola is the continent’s second oil producer just behind Nigeria which produces 86 million metric tonnes. Angola is 1,246,700 km2 (481,354 sq mi) in area which is substantially bigger than Nigeria.

6. Niger: Niger is at the Northern border of Nigeria. A lot of Nigerians can trace their roots to Niger. Hausa is a common language by people from Northern Nigeria as well as Nigeriens.

5. Chad: This is another country that borders Nigeria to the North. Chad is in a military alliance with Nigeria which also includes Cameroon in other to fight terrorism in that region.

4. Libya: this is the home of Muammar Gaddafi, the ruler who brought prosperity to his country but whom the Western Media painted as the Devil. Gaddafi was killed and the whole of Libya is in disarray.

3. Sudan: Sudan is a massive space of land that has been plagued by problems and conflicts over time. South Sudan produces a substantial amount of oil and the country has a landmass of 1,861,484 km2 (718,723 sq mi).

2. DR Congo: this country has a monstrous amount of minerals but the benefits of such resources are hardly seen. At an enormous 1,861,484 km2 (718,723 sq mi), DR congo occupies a massive chunk of land in Africa which makes it a lot bigger than Nigeria.