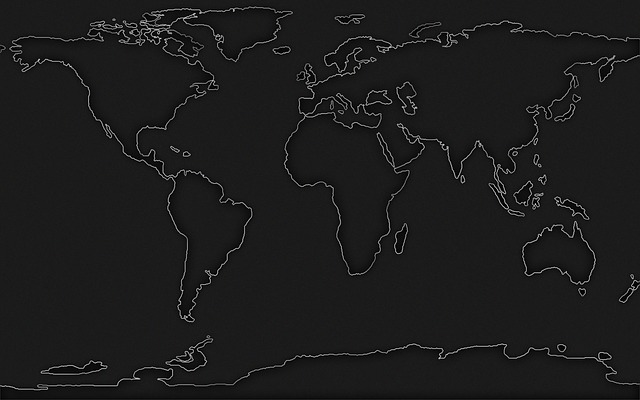 Over time, the US has established economic, cultural, and political ties with some independent African countries. While some of these countries can boast of the support rendered to the US as well as the support given, others can’t. This leaves us to ponder if the US has been selective in the kind of allies it chooses with African nations, and why.

The history of Liberia is a unique case in African history. The state was born on the initiative of a group of freed slaves returning from the United States of America, financed on their adventurous journey by a group of private companies.

For this reason, the capital of the country is called Monrovia in honor of President James Monroe, who freed many slaves, and even the flag evokes the American one in shapes and colors.

In 1822, the company founded Liberia on the coasts of West Africa and financed the migration of black Americans to this “promised land.”

The motivations that drove the founders of ACS (some of whom were slave owners) were various; in most cases, they viewed the Liberia project as a more advantageous alternative than allowing former slaves to enter US society. In this sense, the creation of Liberia is reminiscent of the Bantustans created by the South African segregationist government.

The first expeditions of settlers (including the first, of 88 settlers, in 1816 ) were unsuccessful. The settlers encountered yellow fever and the hostility of the local Mandé ethnic population and were decimated.

The first successful settlement created in Liberia was Cape Mesurado, established in 1821. This settlement formed the first nucleus of present-day Liberia, which was followed by New Georgia and other colonies.

While reproducing in Liberia the way of life they had become accustomed to in the United States (for example, by building churches and houses in the style of the South American states) and keeping English as their main language, the settlers also mingled with the natives of the place.

In the following years, innumerable other colonies were born, many of which were founded by companies similar to the ACS that arose in other states of the union ( New York, Pennsylvania, Maryland, and others).

Initially, each of these colonies had a history of independence from the others: thus, Edina, Port Cresson, Maryland in Liberia, Mississippi-in-Africa, and Bassa Cove were born.

A time of consolidation and unification came next, during which the different colonies gradually joined together to form the new country of Liberia.

The colony was initially administered by white ACS governors, but the explicit purpose of the administration was to grant more and more autonomy to the settlers. In 1841, we had the first black governor, Joseph Jenkins Roberts.

Once Liberia gained independence, it formed an autonomous constitution that was inspired by that of the United States. Although, the United Kingdom and France formally recognized her as an independent nation in 1848 and 1852, respectively, it was not until 1862 that the United States did the same.

This delay was nothing short of the reluctance expressed by political representatives of the southern states, who were concerned about the installation of a black and ex-slave ambassador in Washington. Eventually, the last decade of the 19th century saw the nation’s borders formally established.

The politics and society of the newly formed Liberia were dominated by the descendants of the American colonists, the so-called Americo-Liberians, who nevertheless constituted only a minimal fraction of the population. The party representing them, the True Whig Party, was the only legal party in the country, and the natives did not have the right to vote until 1951.

In 1922, the United States stabilized diplomatic relations with Egypt after the country gained independence from Great Britain. In 1946, the status of the American diplomatic mission in Cairo was upgraded to that of an embassy.

The United States and Egypt are building a relationship based on a mutual interest in maintaining peace and stability in the Middle East, boosting the Egyptian economy, and strengthening trade relations.

So far, Egypt has proven to be a key US collaborator in provincial stability and the fight against terrorism.

When you talk about one of the most diversified African countries in the Middle East, you have to mention Egypt. Presently, the US exports to Egypt wheat, corn, mineral fuels, petroleum products, machinery, aircraft, iron and steel products, while importing agricultural products, natural gas, oil, textiles, clothing, and fertilizers.

The US and Egypt’s political development

The United States had a significant impact on the formation of the political elite of the Arab Republic, inviting Egyptians to participate in programs in the field of democracy development.

The foreign relationship between the US and Ethiopia became existent in 1903, after the then Emperor, Menelik II met with the emissary of President Theodore Roosevelt.

The agreement started with treaties of arbitration and conciliation that were agreed on the 26th of 1929 in Addis Ababa. In the agreement, the Most Favored Nation status was given to the U.S., as well as changes to the 1935 occupation by Italy.

In 1935, Ethiopia was conquered by Italy after evading the League of Nations sanctions. However, the United States and other four countries failed to recognize this conquest, and during the Second World War, the Italians were banished from Ethiopia, thereby restoring independence to the country.

When President Franklin Roosevelt met with Emperor Haile Selassie in Egypt in 1944, the connection between both countries was further strengthened, which unsettled the powers of the British over the tendency of Eritrea and the Ogaden.

One way or the other, Ethiopia contributed, albeit in a minor role, to the Cold War in 1950 after agreeing to different alliances with the United States.

As if that wasn’t enough, the country also received over $282 million and $366 million, both for military assistance and economic assistance in different sectors, respectively. The visit of Vice President Richard Nixon to Ethiopia in 1950 and renowned it as “one of the United States’ most stalwart and consistent allies” further stirred astute controversy.