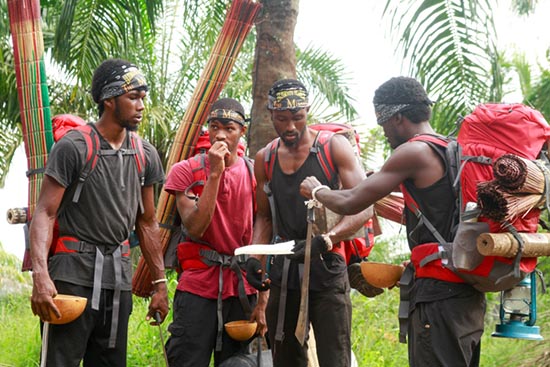 Gulder Ultimate Search commonly referred to as GUS is a Nigerian reality tv series, organized, sponsored, and promoted by Nigerian Breweries Plc to create awareness about the Gulder Lager Beer brand in Nigeria. The first edition of the show premiered in September 2004.

The Gulder Ultimate search (Read our comprehensive guide  about what the Gulder Ultimate Search is all about? is also the first Television that is 100 percent Nigerian. All the contents of the show including participants and anchors were sourced locally to promote Nigeria home and abroad.

The Nigerian Breweries Plc successfully funded the show from the first edition – GUS 1 before the termination of the show in the 11 th edition. GUS 11 which ran between October 21 to November 14, 2014 was the last edition of the Gulder Ultimate Search TV  show.

All About GUS 11: The Last Edition of Gulder Ultimate Search

The last edition of the Gulder Ultimate Search (Check out Guide to the Gulder Ultimate Search 2021) was the GUS 11. The preparation for this edition of the show began with a rigorous selection process. The final selection was held at Victoria Island in Lagos, with a wild outdoor party for the guests and contestants at the end of the selection.  There was also an increase in the number of contestants in this edition from the normal 10 or 12 to 14 contestants.

18 contestants survived all previous elimination exercises and were moved to the final stage of the selection process. Darey Art who anchored the event called out 4 contestants and asked them to leave the stage, leaving out the 14 needed contestants.

GUS 11 was entertaining. Several interesting events occurred during the selection process and the actual treasure hunt. We will briefly analyze some of the notable events that occurred in this edition of the show.

As Gulder Ultimate Search (See the Profile of all Gulder Ultimate Search anchors) continues to prune the thousands of applicants which graced its application venues. A mother of three thrilled everyone when she emerged as one of the regional winners in the South-south region. Mrs. Loretta Erhijakpor stood up and beat other young contestants due to her resilience and hard work.

The atmosphere at the Liberty Stadium in Rivers state (Want to know more about Rivers State? Click here) was filled with thrilled applicants who were surprised to see the new measures employed by Gulder Lager Beer to screen out weaker contestants.

Igwe of Aguleri’s vote of thanks to Gulder Lager Beer

For choosing his community as the host of ‘The Mission’, the Igwe of Aguleri thanked Gulder Lager bear for finding his community worthy of hosting the Gulder Ultimate Search reality tv show. He made the remarks when the organizers of the show paid him a courtesy visit ahead of the commencement of the show in his domain.

Governor Willie Obiano paid a visit to the camp of GUS contestants. His visit marked the first time a sitting governor will be visiting the contest scene. Chidi Mokeme who was the anchor of this edition took the governor round the camp.

Past Winners of the GUS

The past winners of Africa’s first reality tv show are: