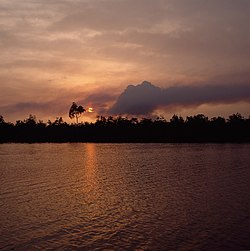 The Niger Delta states are states located in the Delta region of the Niger River located on the Gulf of Guinea near the Atlantic Ocean in Nigeria. Niger Delta states is a term that is used to refer to the coastal states in Southern Nigeria. The Niger states include all the six states of the South-south geopolitical zone (Check our guide on all the geopolitical zones in Nigeria) and few states from the southwest and Southeast.

All the states in the Niger Delta region have oil except Cross Rivers state.

The Niger Delta region according to the Gazetteer of the Federal Government of Nigeria covers about 72,000 km2 and occupies over 8% of Nigeria’s total landmass.

According to the 2006 Census, the Niger Delta region has about 31 million people spread across more than 35 ethnicities which include; Urhobo, Kalabari, Yoruba, Bini, Ohaji, Itsekiri, Efik, Esan, Ibibio, Annang, Oron, Ijaw, Igbo, Isoko, Okrika, Ogoni, and Obolo people, are among the major ethnic inhabitants of the Niger Delta. The ethnic groups are further subdivided into about 200 dialects.

States in the Niger Delta Region

The following are the recognized states of the political Niger Delta region.

Rivers State also called Rivers, is the largest and most populous state in the Niger Delta region of South-South Nigeria. Created in1967, from the defunct Eastern Region, Rivers State is bounded by Abia, Imo States to the north, Akwa Ibom to the east, Delta, and Bayelsa states to the west.

The capital of Rivers state is Porthacourt which is considered as one of the commercial hubs of Nigeria.

Rivers state has an estimated population of 5,198,716 according to the 2006 census, making it the 6th most populous state in Nigeria. Rivers state is blessed with several ethnic groups, making it one of the most diverse states in Nigeria.

It is the home to the Ogoni, Ikwerre, Ijaw, and Okrika tribes. The geography of Rivers states is dominated mostly by Rivers that flow through the state including the famous Bonny River.

Rivers state’s economy is dominated mainly by the presence of petroleum industries, making it one of the richest states in Nigeria. However, despite the rise of the Oil industry, living standards have been considerably low and unemployment continues to rise due to widespread corruption by public officeholders. The state is also a notorious haven for cultists and other gangster activities.

Slogan: “Glory of all lands”

Bayelsa is a state located in the Southern part of Nigeria, it is located in the center of the Niger Delta region. The state was created from Rivers state in 1996 by the Military regime of General Ibrahim Badamasi Babangida, making it one of the youngest states in Nigeria.

The name Bayelsa was is a combination of the major local government areas in the area namely; Brass LGA (BALGA), Yenagoa LGA (YELGA), and Sagbama LGA (SALGA).

Ijaw is the predominant language spoken in Bayelsa, together with Urhobo and other minority tribes. Bayelsa State is the smallest state in Nigeria by population according to the 2006 census, as well as one of the smallest by landmass. Bayelsa state has many rivers and the major occupations are fishing and canoe making

Just like other states in the oil-rich Niger Delta region, the Bayelsa state economy is mainly dominated by the petroleum sector. The state is the home to the Oloibiri Oilfield, where Nigeria discovered its first oil resources.

Also, 40% of the oil in Nigeria is from the Bayelsa state.

Just as other oil-rich Niger Delta states, poverty and dearth of infrastructures largely driven by neglect and corruption have truncated the growth of the state.

Delta State is a Southern Nigerian state created on August 27, 1991. It is an oil and agricultural producing state in Nigeria.

It is located in the South-South geo-political zone with an estimated population of 4,112,546.

The capital of Delta is Asaba, located in the northern part of the state, with a total land area of 763 km2, while Warri is the economic and entertainment center of the state and also the most populated city not only in the state but in Nigeria. 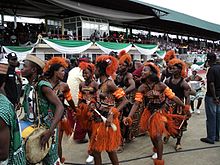 The state is bordered in the east by Cross River State, in the west by Rivers State and Abia State, and the Atlantic Ocean by the West.

Akwa Ibom state was created on September 23, 1987, by the Military regime of General Ibrahim Babangida from the defunct former Cross River State.

Akwa Ibom is currently the highest oil-producing state in Nigeria. Uyo the capital of Akwa Ibom state has over 500,000 residents. Akwa Ibom has a local Airport with two major seaports, the state also operates its Airline known as Ibom Air.

The state also has a 30,000 seats capacity stadium sports complex with the capacity to host any international sports competition. Aside from English, other spoken languages include Ekid, Oro, Obolo, Ibibio, and Annang 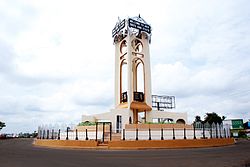 Abia is a state located in the southeastern region of Nigeria. The political capital is Umuahia, while Aba is the major commercial center not only in the state but in Nigeria. Aba is one of the most densely populated cities in Nigeria.

Abia state was carved out of Imo state in 1991. It is one of the states of the Niger Delta region.

It is one of the constituent states of the Niger Delta region. Abia state is the 4th most industrialized state in Nigeria and one of the states with the highest human development index.

The capital is Akure which was also the capital of the ancient Akure kingdom.

Ondo State also called the ‘the sunshine state’ is the 18th biggest state in Nigeria in terms of landmass.

The Yoruba language is both the predominant language and the lingua franca of the state. Major economic activities of the state include the petroleum industry, cocoa farming, asphalt mining, and Fishing. 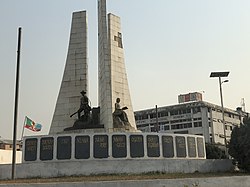 Imo State is one of the 36 States of Nigeria, located in the southeastern Igbo-dominated region of Nigeria.

The major drivers of the state’s economy include agricultural production (palm oil), and trading.